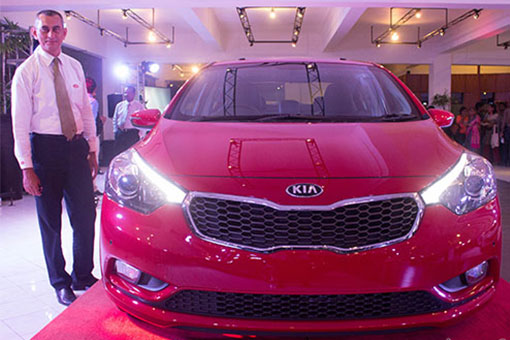 Another masterpiece in automotive design from Korean carmaker Kia — the all-new, third-generation Kia Cerato sedan — was unveiled in Colombo this week, at a special viewing for media.

The new Cerato has cab-forward styling, a coupe-like roofline, distinctive concave door contours and a rising beltline with chrome molding extending into the C-pillar to project an aura of elegance. Careful attention to surface detailing and airflow-smoothing panels beneath the car has further reduced the sedan’s aerodynamic drag.

“As with all other Kia vehicles on sale in Sri Lanka, the new Cerato will add emotional appeal to its core values of design, quality and value,” said Mahen Thambiah, Managing Director of Kia Motors (Lanka) Ltd. “It will significantly enhance our offering in the mid-sized sedan segment, and be one of the most eye-catching cars in the category in Sri Lanka.”

Compared with the second-generation Cerato, the new sedan’s wheelbase has been extended by 50 mm to match that of the Kia Sorento SUV. Trunk capacity has been increased to 421 litres – the largest in its class.

The interior design of new Cerato concentrates on sportiness and adopts nature’s ebbs and flows as a motif. The sweeping curve of the center stack is reinforced by carbon-look trim and for enhanced elegance, soft-touch materials are applied to the upper and center door trims, dashboard, and door armrests.

The new Cerato can accelerate to 100 kph (62 mph) in as little as 8.5 seconds, reach a top speed of 210 kph (130 mph) and achieve a combined cycle fuel consumption figure of 6.5 l/100 km – depending on the model. While the specifications of the car’s suspension remain unchanged, the suspension has been fine-tuned to improve agility, shock absorbance and refinement, and its geometry modified to deliver improved steering feel.

The Cerato is Kia’s most successful seller in overseas markets and has achieved more than 2.5 million global sales since its introduction in 2004, including 445,000 units in 2011 when it accounted for 17.9% of Kia’s total worldwide sales.

Designed at Kia’s American Design Center in Irvine, California under the direction of Chief Design Officer, Peter Schreyer, the new Cerato will also be backed by Kia’s three-year/100,000 km warranty.

Kia Motors Corporation was founded in 1944 and is Korea’s oldest manufacturer of motor vehicles. Over 2.7 million Kia vehicles a year are produced in 15 manufacturing and assembly operations in ten countries which are then sold and serviced through a network of distributors and dealers covering 149 countries. Kia Motors Corporation’s brand slogan – “The Power to Surprise” – represents the company’s global commitment to surprise the world by providing exciting and inspiring experiences that go beyond expectations. 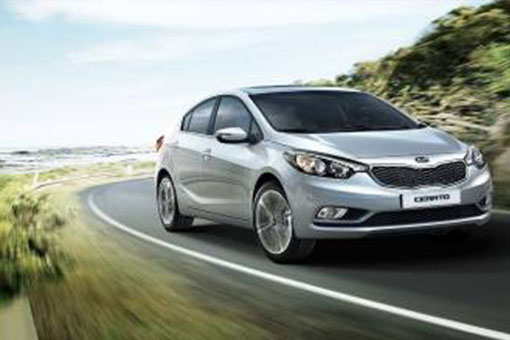